I’ve been enjoying painting this drill. 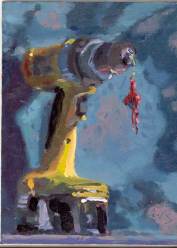 The one on the left is the same one I posted before but I did some glazing on it.

I recently took part in a 2 day workshop with Mary Lou Epperson in the wine country near Portland Oregon. I was really surprised at how different it is to paint plein air. It doesn’t seem like it should be. Afterall, it’s just more shapes and colors, right?

I didn’t make anything to be particularly proud of there but that wasn’t the intention. I attempted some techniques that the instructor suggested. In fact the process of constructing a painting, as described in the class, was different than I’m used to. 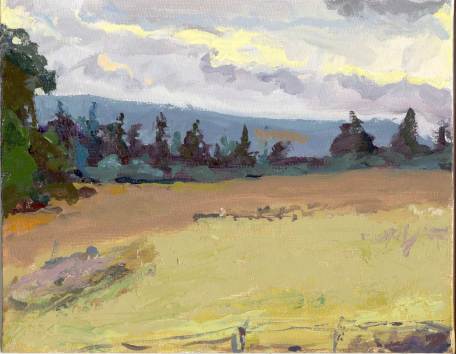 This is the most developed painting I did during class. I was specifically dealing with something I often struggle with, making a field or similar expanse of one color look interesting in paint. I was thinking of some of the recent paintings by Julian Merrow-Smith like this one for instance ‘Wheatfield‘. I really admire the loose and confident way he handles these situations.

One of the things I came away from the workshop with was an appreciation for the fact that I don’t need to sell my work. In talking with and overhearing some of the conversations of other attendees, I was reminded of what it was like when I was trying to make money at it.

It was, for me, very frustrating to work to get some momentum going with painting and at the same time have to be documenting it and making contacts with galleries. When it came time to exhibit, I’d have to switch to framing, etc and would lose my concentration on painting. Showing, even if it was financially successful, was never really satisfying to me.

I have a lot of admiration for those that can do it.

I spent a lovely day with my buddy painting in the park. I’m still quite unsteady on my feet with plein air but I don’t think this attempt really sucks … and it was fun.

This took about an hour and that’s about the limit of my attention span. I was disappointed with the amount of stuff I had to lug out there. I had a full backpack, a bag with the tripod, the pochade box and a can of solvent. It was manageable but not really comfortable. There must be a better way to deal with the solvent. A wet panel carrier would have put me over the limit. I think I can do better at organizing things and I’ll have to think about what I can do without.

Overall it was a day well spent.

Thanks to everyone who visited and left such encouraging comments. I’ve been away and lost my momentum on my painting practice. I started this sketch before I left and really don’t care for it so it will remain unfinished. 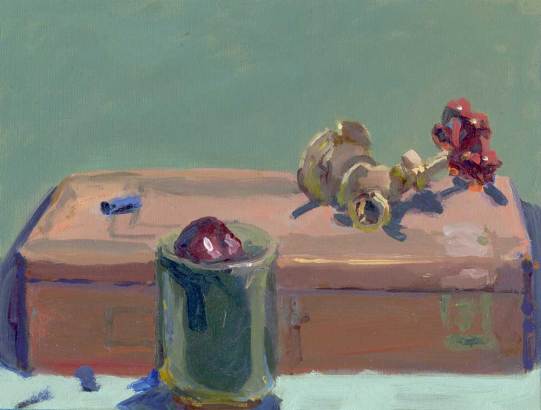 When I started theses sketches my intention was to avoid a lot of concern about what to paint and just paint but I’ve noticed that I’m thinking too much and getting too careful and this painting looks dead as a result.

Tomorrow morning I’m going with a friend for a painting day out to get restarted. Hopefully that will help shake me loose. Then the following weekend I’m doing a plein air workshop. Wish me luck!